There&apos;s more to education than the Battle Hymn of the Tiger Mother - Spear's Magazine

Review: Francis Bacon and the Masters at the Sainsbury Centre for Visual Arts

Alessandro Tom’ says broad horizons, and recognition of the importance of choice are just as important as the drive epitomised by Garry Kasparov when it comes to educating our children 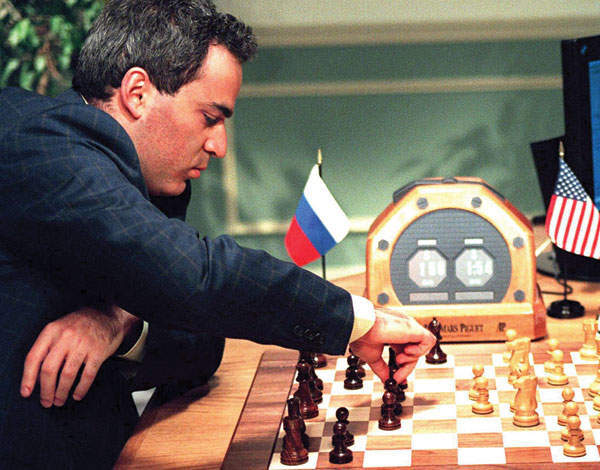 On a recent train journey, I was reminded of the fuss that arose because of a book. Not an uncut reprint of Mao’s Little Red Book, or yet another version of Hitler’s diaries, not even Stalin’s candid thoughts on mass murder. It wouldn’t have been more discussed had it been the newly discovered carnal memoirs of Henry VIII, edited by that sex kitten Hilary Mantel with a foreword by S&M queen EL James.

<p>But no. It was a book that bothered Westerners to the core about something more important than sex, war, death and genocide: parenting. Battle Hymn of the Tiger Mother came out in 2011 to consternation and incredulity, perhaps laced with a little admiration or even envy. Western mums were mostly scathing about what they perceived as abhorrent parenting. After all, this was an attack on some of our dearest principles of kindness and understanding.

It was a devious undermining of thousands of books about how we as a society had to indulge our children’s every whim for fear of upsetting them and traumatising them; how only positivity and engineered success were permitted; how we must lower the exam thresholds to make everyone pass; how you are entitled to school places, jobs, cars and holidays because you are nice; how you don’t even ‘win’ an Oscar any more because it means someone else lost, so it ‘goes to’ you instead.

I for one felt slightly awed back then by the frankness of the revelation — or rather the confirmation of what only a few have dared say over here. Society in the West is in decline, in the East clearly in the ascendant. They are hungry, we are sated. They want the title, we feel entitled. And all the while, Tiger Mums and their offspring continue to take the best places at the best schools.

As a good friend who sits on one of the major school boards told me not so long ago, if school admissions were decided strictly on academic results, they would be mostly filled with Tiger Cubs from driven societies. Or shall we say hungry societies? Because perhaps we forget that hunger (just after sex) is one of the biggest human drivers for change, from political revolutions to personal advancement and most social reconstructions in between. Should the schools not be filled only with the hungry high-achievers?

Happily, they are not. Recently on the beautiful Glacier Express train ride that travels from Zermatt to St Moritz via Andermatt, I perhaps witnessed both sides of that argument. The two single seats across the aisle were occupied by an Asian mother and son. Initially preoccupied with the narrative in their headsets explaining the surrounding landscapes, glaciers and snowy peaks, after a brief lunch they engaged in a fascinating debate that I couldn’t help but eavesdrop on.

After a friendly academic preamble, things swiftly moved towards the boy’s university achievements. He was attending an Ivy League university and there was much pride in that. He was doing exceedingly well. But that didn’t seem quite enough; the mother wanted to know how many credits he was planning to take for the next term. He answered seventeen. From my own vague recollections, fourteen credits is standard. Rather than being congratulated, he was berated. Why not nineteen credits? Why was he being so lazy? If he didn’t want to sacrifice, why should she? With all she had to do to put him through college? Where was the respect?

At this point, my Westernisation nearly got the best of me and I almost jumped to the poor boy’s defence. After all, she was travelling first-class between Zermatt and St Moritz, so how big the sacrifices she had made were, I am not sure. (Perhaps fewer furs and five-star hotels.) But I didn’t need to interrupt. The boy, extremely politely, but plainly struggling to contain his emotions, replied that the school didn’t usually allow more than seventeen credits, because students had to find time to eat and sleep. Because it wanted to ensure that what they release back into the social wild were balanced humans rather than mere humanoids.

Staggered and dumbfounded, Tiger Mum reluctantly relented and a compromise of eighteen credits was reached, subject to school approval.

I was relieved, not so much for him as for us all, with the knowledge that the men and women responsible for educating our future leaders are wise and wily enough to ensure, beyond political and financial pressures, that the future is filled with caring, balanced, well-rounded and sociable men and women — as well as highly academic ones — whether they were over-cuddled as kids or thrown out into a snowstorm for not practising their violin.

I was reminded of all this at the twins’ school on a recent visit when I was able to attend one of the many lectures they organise there; most of these are quite brilliant. This one was with Garry Kasparov, Russian opposition politician (how unlikely that he is still alive at this moment!) and former chess world champion who also beat IBM’s Deep Blue the first time out.

It was a fascinating talk on so many aspects of success and achievement, but there were two overriding themes, at least to me. First, absolute drive, commitment and focus get you there and keep you there — the top of whatever it is you want to do. It takes some natural talent and a little luck too, not to mention a learned ability to control pressure through a deep-rooted self-belief in your own ability, rather than a fear of the other.

How did he find out what he wanted to do? His answer was a lack of choice. In those days, very few in the USSR had the opportunity of careers in accountancy, law or politics. Gymnastics, athletics or chess were the few choices. If you wanted to eat better and make something of life, you just did it a lot.

And he turned to us and said: ‘You have so many choices and that is a great opportunity. Pick well and then feel hungry for it.’

So many clich’s and so little time to debate them. A classic: a successful marriage requires compromise. Another: you should never work with friends, let alone family — and spouse least of all. I agree with all the above.

Angel Wife is uncompromising on all that matters for the wellbeing of our household. On the other hand, she appears very malleable on all matters of no real consequence, which makes me feel like I am in charge. Which I am. Of all irrelevant matters. On which I can then compromise, or even get her to compromise. And thus we have been married for 22 years — extremely happily for me.

I also don’t get involved in her work, other than when she wants to make me feel relevant and asks for my opinion on something likely irrelevant in real terms to her. I get to feel good and important. Clich’s fulfilled.

But we recently went for both lunch and dinner in two of the most fun and best newish restaurants in London. Actually, one restaurant. With two restaurants in it. One is fun-fun and good; the other is fun and good-great. And here all the clich’s go out of the window.
This place, Bubbledogs & Kitchen Table, is the uncompromised result of a husband and wife’s similar but completely different interest: food. They decided to open a restaurant together back in his native England after years in the US, but they couldn’t agree on much — most vitally, the menu.

Californian-Chinese Sandia Chang wanted to have fun with champagne and cool hot dogs. Englishman James Knappett, after training under luminaries from Marco to Gordon to Marcus to Noma’s Ren’, and having run Per Se in New York, wanted to have fun with ’ber-gastronomic cuisine which changed daily. So they compromised and found a site in Fitzrovia (the new culinary capital of London). At Bubbledogs, there are twenty ways with hot dogs, from the full New Yorker with onions and sauerkraut to the Truffle Dog, downed with 150 different champagnes.

Behind the velvet curtain is not a Red Room of pain, but Kitchen Table: nineteen seats of pleasure at the bar of an open, modern kitchen where James, ably assisted by five sous-chefs, prepares, cooks and plates twelve to fifteen spectacular dishes he has never actually tried or tasted before that night.

He hears from his fishing boat in Cornwall the previous evening what they have caught, he wanders the next morning through his local park and looks for what he can forage, he sees what the market has to offer in terms of fresh, local, seasonal produce of the highest quality and then he makes up the dishes. Some may be repeated the next night if the ingredients are still there, but most of the menu is renewed every day.

It is a wonderful experience to watch his creations come to life in front of you. I really mean it. Quite extraordinary, delicious, original, fun and not gimmicky. And Sandia discreetly hovers, making sure everything is just smoothly so. I want to go every week but could only manage a table for July at the earliest, so I booked one for September too. The word is out, the first Michelin star has arrived and nineteen seats fill up quickly.

Fashion designer Anya Hindmarch on her love of sleep and singing, her fe…

How are geo-political tensions shaping the HNW agenda? Which assets will…